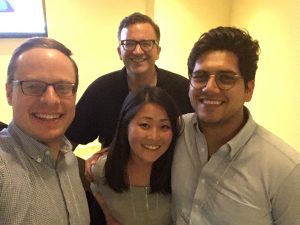 The Canadian Society of Microbiologists AGM was held from June 20-23 at the University of Manitoba. Joe McPhee presented a talk highlighting recent work by Youn Hee Cho and Riasad Fadle Aziz on the role of the PhoPQ system in the regulation of omptin activity, while Michael Renouf presented his work describing how AIEC can alter macrophage behaviour while Youn Hee Cho presented her work on phenotypic diversity in IBD-associated E. coli.